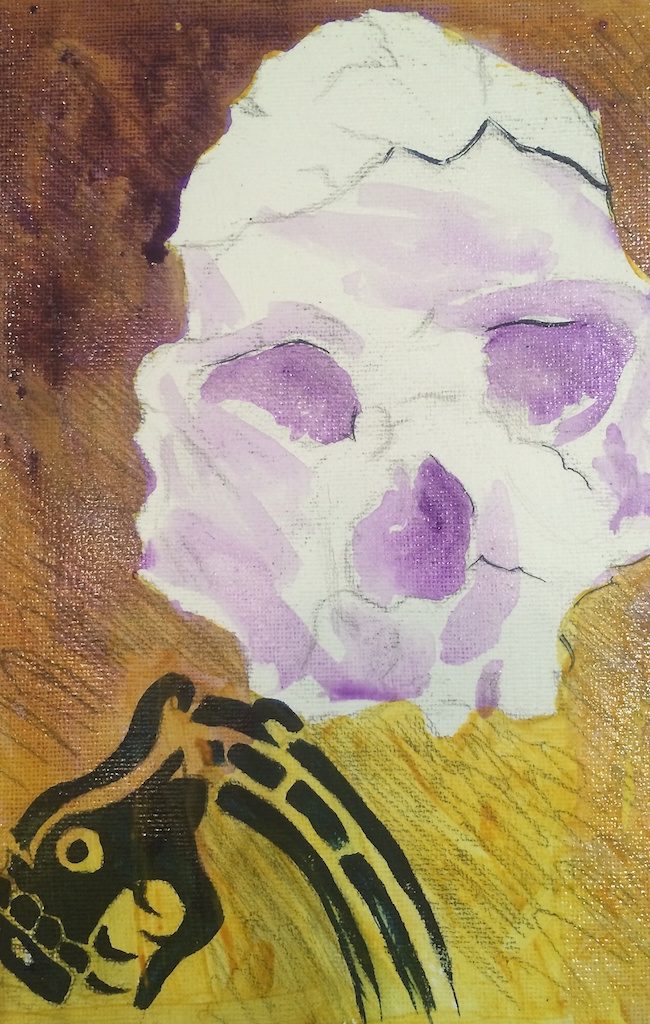 As with many people who paint and draw I also write. Much of this is poetry or prose-poetry. I enjoy trying to construct the complex imagery in a poem, without having to rely heavily on narrative, plot and characterisation.

Most of my work strives for imagery and rythmic use of words, and much of it is very personal in subject matter. Some does address wider subjects, where they catch my interest. Unsurprisingly the recent referendum vote which will change our relationship with the rest of Europe at the behest of a narrow majority of petty English nationalists, peppered with a sprinkling of bigots, caught my attention. I have chosen to express my outrage in what I would describe as a prose poem, mainly because my use of metaphor consisting of the religious customs surrounding bones of venerated individuals mixed with the rituals of an even earlier era when individuals were sacrificed to guarantee their god’s favour for tribe and the expectation of a good harvest. The imagery is consistent with the metaphor. The text only has a very loose narrative and is too short to develop a plot.

So let me introduce Saint Brexit… 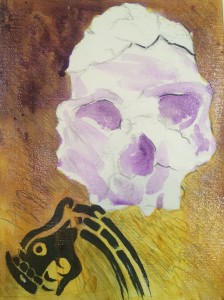 The burden of Sainthood is often the expectations of worshippers and followers. So it was for Saint Brexit. The changes he wrought in our land during his short life became unbearable. So we killed him.

His Golden hair was shorn and burnt. Save only for a few strands, saved and sealed in crystal to be sold at high price when recession falls on the winds from the high hills of the east.

We also burnt his flesh. Though his bones were scrabbled from the burning ash and counted.

A conclave was held to mark his passing and to discuss the clear implications of withdrawal and retreat conjured by his name. We decided that the hot and holy relics lying before us offered protection. They should be carried to the far corners of the land to watch over our borders.

His skull to the ports of the channel to glower at the hordes from the south and east.

His hand bones in a leather pouch to the north to bind the northern kingdoms more firmly to us.

His rib-cage to travel all the cities of the land as a symbol of the capture and containment of the alien among us.

His vertebrae to the capital to give our leaders a spine.

The remainder to be collected at our henge of stone to bleach in the sun, and for celebration at our annual Feast of Shattered Expectations.