My Return to Screenprinting 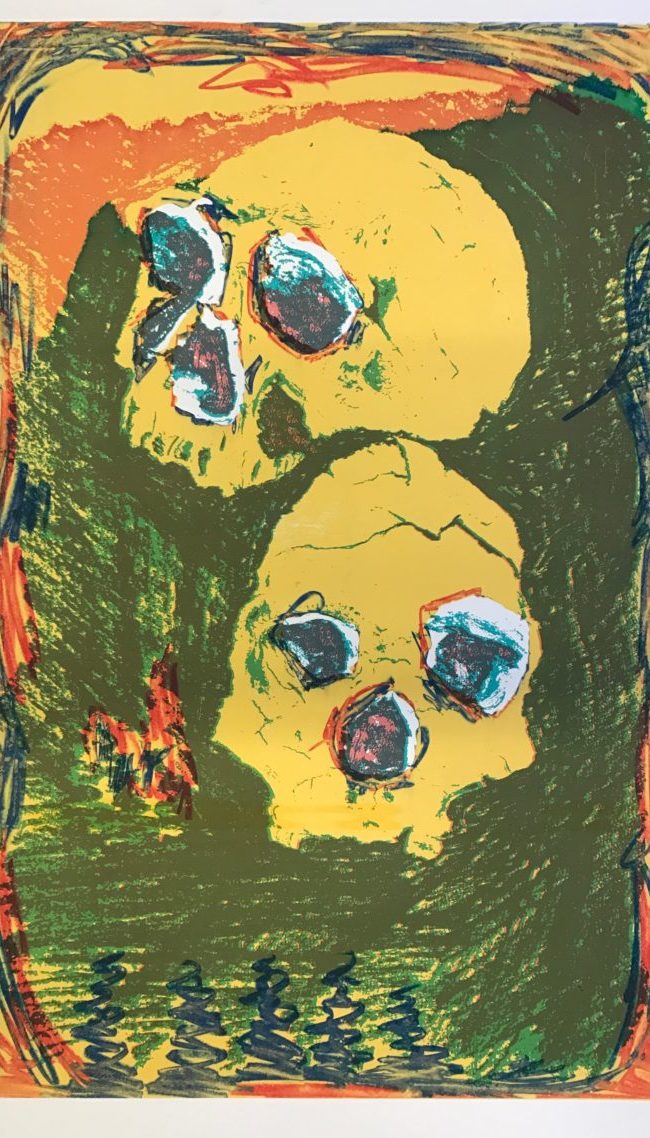 I learnt screenprinting at art college. This was in the early 1970’s. It it was a graphic process secondary to the photography which I used to document the environments I was working in. The small number of screenprints I produced used some of these 35mm photographic negatives as their source.

As an example the print below was taken from a gray scale negative of  a female nude. If it is not obvious, the model is in a pose taken from her teenage experience of ballet. The patterning on her body is from a second photogaph copied on to  film producing a high contrast image, all the mid tones reduced to black. The image was of a tower block of flats, many of which were built in the late ninteen-sixties and early seventies.  This piece of film was mounted into a slide projector and shone onto her body. The graphic affect is very structural, echoing the vertebra in a human skeleton. An image merging the harshest, phallic stuctures in the built environment projected on to the sensuous flesh of one of my friends, ( the work of a very young artist, still exploring notions of lust).

This screenprint is in four colours, each layer given a longer exposure to simulate four distinct tones 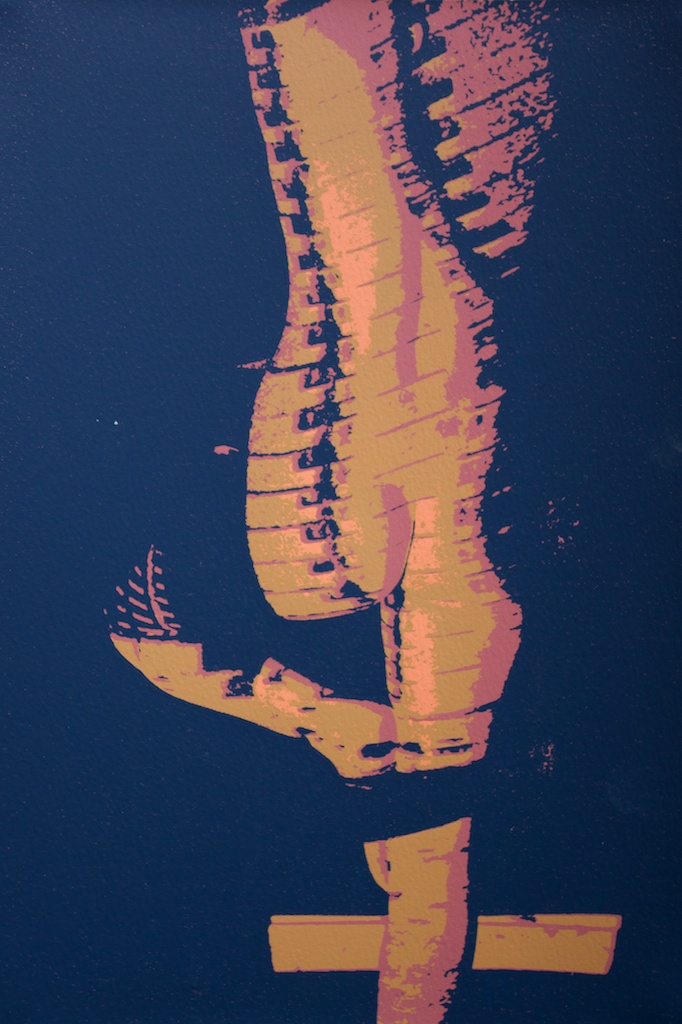 This second image was created in exactly the same manner. The  model faces the camera. The image of the map projected onto her torso  is taken from a local authority planning document. The plan was to demolish and replace a whole physical community of Victorian terraced housing with the latest examples of social engineering supported by a then modern building technology, modular multi-storey flats. Structures which in their turn have been progressively erased from the landscape in the last twenty years. 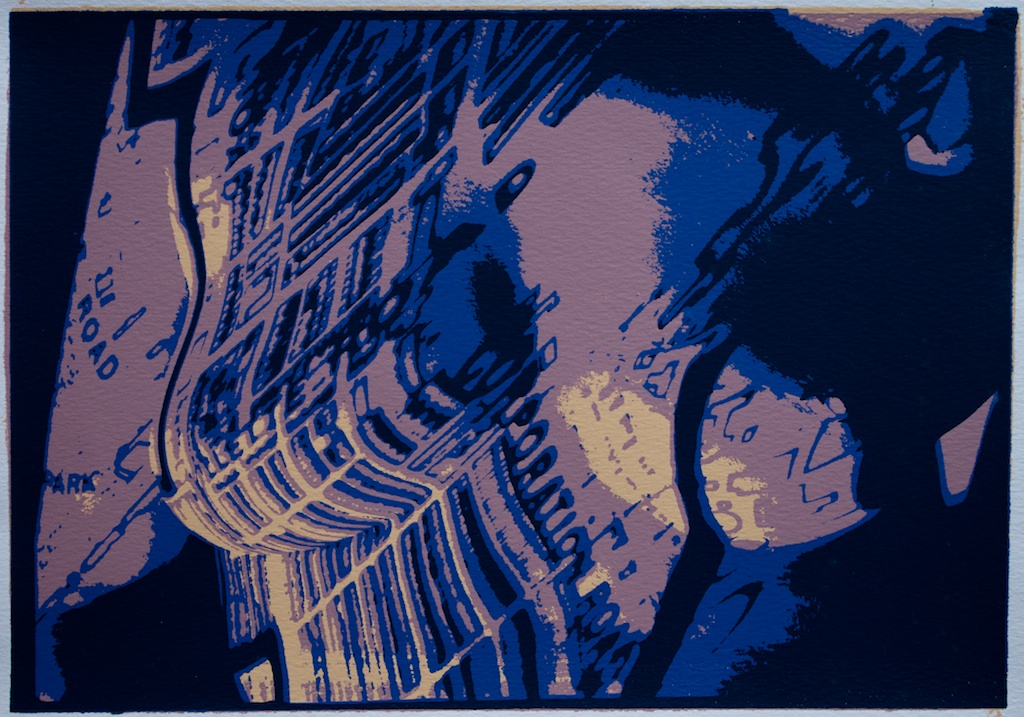 As with the first image, woman becomes a topographical object.  Produced by a young male artist, exposing her body to the male gaze. Perhaps a suitable metaphor for the activities of the  male planners who were razing communities and moving people around, all with what they considered to be the noblest of intentions; people as objects, moved without any real thought to how they were going to relate to each other in these utopian homes in the sky. Paradoxically people seemed to become lonlier, during a period in history where there main function in life became that of a consumer.

My return to the discipline forty years later has been a revelation. The inks I worked with in the 1970’s were oil based inks, requiring dnagerous solvents to clean and thin the inks. It was easier to print in strong opaque colours.

These days the inks are water based, mixed with a transparent base. These seem to be freindlier ot the environment. It is certainly easy to print successive colours over many layers. Liquid emulsions to expsoe onto screens for the stencil, again much easier than the gelatine emulsions I used in my youth.

All to produce inamges like this , which certainly  satisfy me. 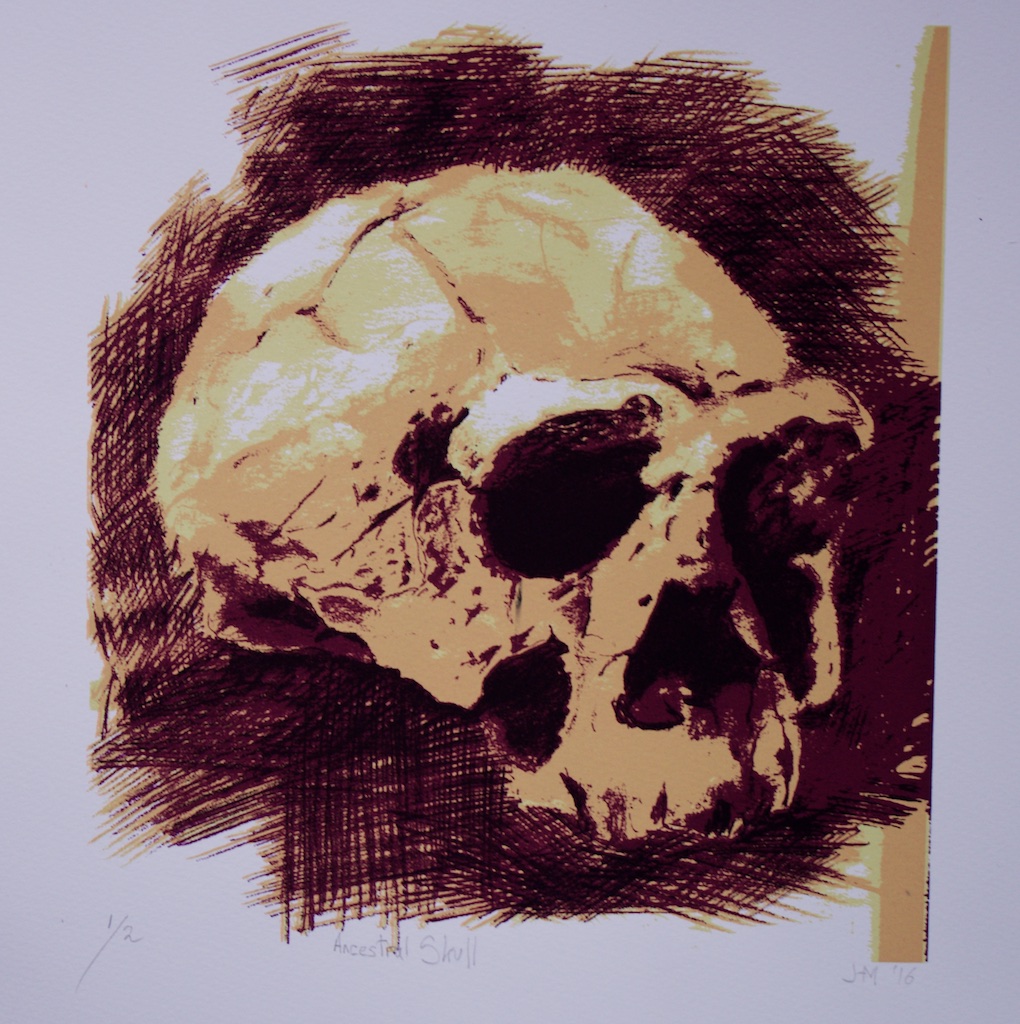